We’re going to be taking a look at the AmazonBasics Heavy-Duty Full Motion Articulating TV Wall Mount. While you are reading this review, you’re going to learn about the different features and design traits that it offers, as well as how this TV wall mount works.

Made Of Strong Materials

To start off, the AmazonBasics Heavy-Duty Full Motion Articulating TV Wall Mount is made of some very strong materials. With the strong materials that it’s made out of, this TV wall mount is able to last for many years, without needing to be repaired or replaced. But, along with that, these strong materials allow the wall mount to hold many different kinds of televisions and to remain stable and sturdy.

Supports A Variety Of Televisions

As a result of the sizes and weights that this TV wall mount supports, there’s a very good chance that the television you own will work with this wall mount perfectly. That way, you won’t have to deal with any problems or issues.

As for the specific adjustments that you can make with this TV wall mount, there are several. With the articulating design, you can pull the television up to 19.9-inches away from the wall. If the television is too far away, then you can pull it closer to yourself.

Along with that, you can tilt the TV wall mount from -5-degrees to +10-degrees. This allows you to adjust what your television is facing, so that you can more easily see it from certain spaces in a particular room.

Comes With All Required Components

One of the most notable features this TV wall mount offers is the fact that it’s very affordable. It is affordable, while also being very durable, easy to set-up, and perfect for any sort of TV wall mounting needs. When you combine the affordability with those other qualities, you get a TV wall mount that offers a tremendous amount of value for a very nice price!

In the end, the AmazonBasics Heavy-Duty Full Motion Articulating TV Wall Mount is an excellent TV wall mount that is very affordable, and incredibly useful. If you’re on a budget and want something that works well, this is an excellent purchase! 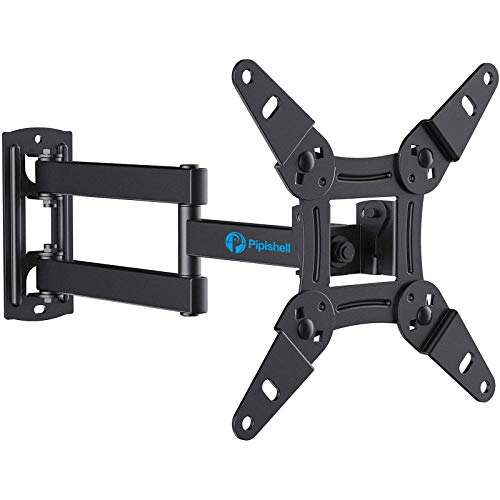