In today’s world, robot vacuum cleaners are incredibly popular. They are a growing technology that has only been around for a few decades. Within those two decades, many advancements and a wide variety of developments have taken place. All of these innovations combined turn robotic vacuums into truly powerful devices that now offer a wide breadth of different features. 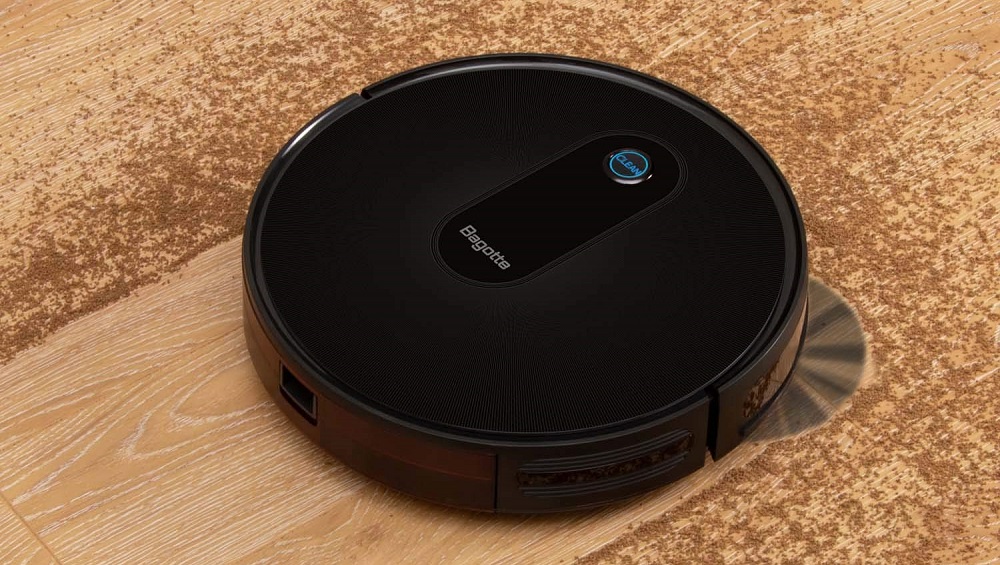 Let’s start by talking about the design. Most robot vacuums have a simple design that is circular, in shape. The Bagotte BG600 does not differ in this aspect, one bit. Just like the other robot vacuums available on the market, the unit also has a circular design, and the purpose of this design is so that the robot vacuum can move around freely, and adjust itself to fit within smaller and tighter spaces. As for the low height, that’s so the robot vacuum can go underneath furniture and other low spaces.

With this design and the convenience it offers, you’re not going to have any problems cleaning most spaces. Incredibly narrow spaces will be slightly problematic. Although this is a smaller robot vacuum, it isn’t necessarily small enough to go through tight spaces, without any problems.

One of the most important aspects of any robot vacuum is the suction power that it offers. With this Robotic Vacuum Cleaner, you have access to 1500Pa of suction power. For a robot vacuum, that’s a lot! And this is useful to have because it gives you the ability to clean all kinds of different surfaces – such as harder floors, as well as carpets and other thick surfaces – without any real issues or hindrances.

You don’t need to activate this extra suction power manually. Instead, what you can do is you can tell the Bagotte BG600 when you want it to clean. You can create a custom schedule for it, so that way you don’t have to turn it on manually, and instead, it will turn on by itself. And then, when the vacuum is running, if it encounters a surface that needs some extra suction power, this extra power will then activate on its own, which is done when the sensors send this information directly to the robot vacuum, allowing that particular surface to be cleaned thoroughly and effectively.

Even though there is a lot of suction power flowing through the unit, it makes remarkably little noise. Bagotte has chosen to emphasize this particular fact in their advertising. While the robot vacuum is running, it only produces 55 decibels of noise. That isn’t a lot of noise, at all, and that makes it so remarkable, especially in comparison to other robot vacuums, which make quite a bit of noise.

When the Bagotte BG600 has been running for some time, it will then, naturally, need to recharge. You don’t need to take the robot vacuum to the charging bay. Instead, while the unit is running, it will be able to detect when it is running low on battery, and then it will direct itself to the charging dock so that it doesn’t die while it is vacuuming. And the battery life itself is quite good, too, since you have 100 minutes of unbroken battery life, on a single charge.

If you’re on the market for a robot vacuum that isn’t too expensive but gives you a lot of bang for your buck, then this is a fantastic choice!

Ronald Cross2019-09-30T18:03:47+00:00
About Robotic Vacuum Cleaners
We've tested dozens of robovacs. Whether you're up against pet hair, carpet, or hardwood floors, we have a robot vacuum for you.