Amazon seem to be taking over with their smart gadgets that just keep getting bigger and better.

If you’re wanting to be in on the hype and to get your hands on one of their newest gadgets, you may want to look into their Echo Auto or Echo Input, which can both add Amazon’s Alexa to your favourite gadgets.

The original gadget that began this whole trend was the Echo Dot, a smart speaker with Amazon’s Alexa built in. Nowadays, you can install the Echo Auto into your car, for Alexa on the go, or the Echo input into your speakers, for Alexa all around the home.

But which one should you spend your hard earned cash on? It’s not always easy to tell, but that’s why we’re here.

Get ready for a rundown of the differences between the Auto and the Input, and a definitive answer to the age old question: which one should I buy?

What do both of these devices do?

Although quite different in terms of what they’re used for, both the Echo Auto and the Echo Input have a range of similarities which give a nod to the designers and general functions of an Amazon Echo product.

The Echo Auto comes in at 1.6oz, making it incredibly lightweight, perfect for all vehicles. On top of that, its dimensions come in at 3.3” x 1.9” x 0.5”, meaning that it’s small enough to fit anywhere in your car without being too much bother.

On the other hand, you’ll find the Echo Input weighing in at 2.75oz, making it the slightly heavier option of the two, yet still amazingly lightweight. Its dimensions are 3.1” x 0.5”, and with its round shape, rather than the rectangular angles of the Auto, you’ll find the Input slightly smaller, yet just as easy to hide away.

For example, both can give you the news, weather report and music, as well as the function to shop online. Furthermore, both take hands free calls, have the option set alarms and timers, and can help you create lists, all at the touch of a button and using your own voice.

Ok, so what are the real differences then?

To make it as easy as possible, we’ve split each gadget up and given it its own miniature run down, because quite frankly, they’re completely different devices with their own pros and cons.

Let’s begin with the Echo Auto and what it can and can’t do.
The Echo Auto is basically a speaker for your car. It means that Alexa is always a passenger on your journeys. This is great if you need to access navigation and map functions, as well as see the change in weather or catch up on the latest sports scores on your journey.

It has the whole range of functions as any Echo product, but with the added service of location and navigation for on the move. Plus, it’s designed for the road, and with its 8 microphones as well as far-field technology, this gadget can hear your commands over road noise, A/C noise and music.

Whilst this is obviously a fantastic range of functions, you should also be aware that the Echo Auto doesn’t support Google Maps, which could be a pitfall if this is the programme you like to run when navigating.

Let’s move onto the Echo input and see what it has to offer.
Whilst the Auto has a built in speaker, the Echo Input is a device that brings Alexa to your Bluetooth or wired speaker. This means that it can be connected via the included 3.5mm cable, or with any compatible Bluetooth speakers.

Once you’re wired up or connected, you have the power of Amazon’s Alexa in your hands and in your home, and can freely use all of its abilities. That means that the Echo Input is a glorified version of the original Echo Dot.

That’s not to say that it’s no good. You’ll still find yourself with a huge range of functions, here the added bonus is the ability to hear and transmit messages to your device and hear them over a greater distance.

When it comes down to it, these are two completely different gadgets, and whilst they have a number of similar features, they’re really used in quite different scenarios.

That being said, if you’re looking for the Echo product that can do the most, or give you the most satisfaction, we would suggest the Echo Auto based on a few reasons.

Firstly, the Echo Auto has its own built-in speaker, so you needn’t connect it to your car’s speakers manually. Instead, you use the Echo Auto in your car as its own separate entity.

Finally, you are able to connect to the Echo Auto via Bluetooth, which means it can be connected to your cell phone easily and without the need to use your data, or Wi-Fi, which is a function that the Echo Input simply doesn’t have.

Overall, the Echo Auto takes the crown this time. 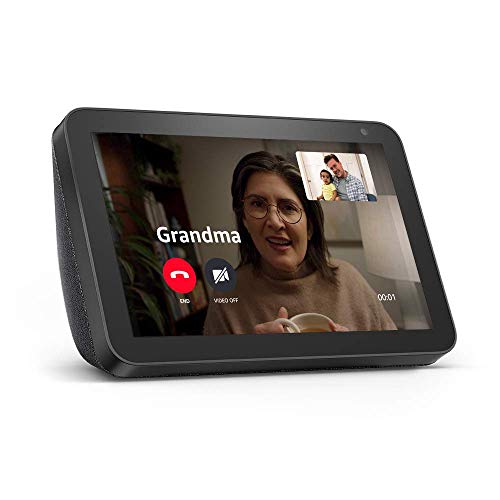