You can see these trends in things like cell phones, computers, management, manufacturing, and many other fields. However, you can also see robotics technology directly influencing the field of home maintenance. And, today, we’re going to be looking at one particular device that is a direct product of this new trend in robotics technology.

Now, before we can dive into the Eufy RoboVac 25C and the features that it offers, we’re going to look at what a robot vacuum is, and what it does, and what it consists of, along with the benefits and advantages that a good robotic vacuum actually gives you.

What Is A Robotic Vacuum?

In order to really define what a robotic vacuum actually is, we need to look at what a vacuum is, first.

So, a vacuum cleaner is a device that uses an air pump that is built into the device itself. This air pump creates what is known as a “partial vacuum”, and a partial vacuum is a space that is devoid of matter. Or, more specifically, as devoid of matter as it can be, for it is very hard to actually create a perfect vacuum, within a household tool such as the standard vacuum cleaner.

When this suction is allowing all of these particles and all of this matter to be directed into the vacuum, it usually goes to one of two places. Sometimes, it goes through a filtration system.

From this basic model, many types of vacuums have been developed. You have the regular upright vacuums, which are the most common types of vacuums, due to their affordability and power. And then, you have canister vacuums, which are similar to upright vacuums in terms of power, but they are in the shape of a small canister. This canister-shape gives the vacuum significantly more mobility than that of an Upright Vacuum.

You also have stick vacuums, which are similar to upright vacuums, but they are much thinner, less powerful, but easier to hold and move around. And then, after that, you have robot vacuums, the natural continuation of the vacuum trends that were set in motion with the invention of the upright vacuum.

A robot vacuum is a vacuum that is much smaller than any of the other vacuums. Robot vacuums are contained within a round enclosure, and they tend to be very small, and very short. The reason for this is because this small form-factor gives robot vacuums a significant amount of mobility, allowing them to move underneath furniture and within smaller spaces.

Underneath this enclosure, there are usually three main points of suction The front part of the robot vacuum, which houses a brushroll, as well as the main suction pathway, enabling the robot vacuum to brush up the dirt and dust, and small pieces of debris, that it’s rolling over.

Instead of having to manually operate a robot vacuum, just as you do any other vacuum, a robot vacuum only requires you to press a button. By pressing this button, you turn on the vacuum, and it begins to clean your home. The entire vacuuming process is automated, and you don’t have to do a thing. In the end, that is the main thing that separates robot vacuums from other vacuums.

Ultimately, robot vacuums are very simple and efficient devices that have a very basic, but effective, framework. This framework emphasizes simplicity, efficiency, and mobility.

What Are The Benefits Of Owning A Robot Vacuum?

With a robot vacuum, you don’t have to really do much of anything, when vacuuming. All you need to do is to turn on the robot vacuum and to allow the vacuum to do its work. In fact, with most robot vacuums, including the one you are about to learn all about, being in the same room – or building – as the robot vacuum is no longer a necessity.

By owning a robot vacuum, you simplify the entire vacuuming process and make it significantly easier. By doing this, you give yourself significantly more time and freedom to do the things you really care about and enjoy, without worrying about needing to invest as much time and energy into vacuuming your home.

What Does The Eufy RoboVac 25C Offer?

When you first take the Eufy RoboVac 25C out of the package, you’ll notice that it has a simple and clear design. This is true of most robot vacuums, and Eufy has certainly embraced this particular aesthetic.

On top of the robot vacuum, there are a series of buttons that correspond to the different functions of this robot vacuum. Things like turning the vacuum on, among others. Accessing these features, due to this button placement, is easy. But, along with that, this robot vacuum also includes a small remote control and, best of all, a smartphone app that Eufy has developed.

Now, this doesn’t mean that it will be able to clean as long as you want it, though, simply because it is bound to the limitations of its battery. Fortunately, the Eufy RoboVac 25C has a pretty decent battery-life. You can use this robot vacuum for up to one-hundred minutes – or one-hour and forty-minutes – and then after that, it will go to the charging dock.

Using your smartphone, you can also take a look at what the battery-life of the Eufy RoboVac 25C is, at any given time, and if it is too low, you can tell it to go to the charging dock.

With all of these features, using the Eufy RoboVac 25C is a really convenient and easy experience. If you want an experience that is very “hands-off”, then this is the perfect robot vacuum for that, because all of the features are easy to access, and automation is one of the core tenets of this robot vacuum.

However, in the end, this doesn’t matter that much if the robot vacuum isn’t actually able to properly clean your home. Fortunately, the Eufy RoboVac 25C is exceptionally good at cleaning your home! This is due to a couple of things, which we’re going to touch on right now.

For example, if the Eufy RoboVac 25C goes from a hardwood surface – which doesn’t require too much suction power – and then it goes onto a thick carpet surface – which does require a decent amount of suction – the suction power will adjust, so that it can properly accommodate the density of that carpet surface, enabling the vacuum to suck up all of the dirt, dust, and debris on that surface.

With this feature, the vacuum is even easier to use, and it provides a lot of power. But, this wouldn’t be too useful if it wasn’t backed up by a good motor, and, fortunately, the motor powering the Eufy RoboVac 25C is great!

Using this robot vacuum, you have access to up to 1500Pa of suction. For an inexpensive robot vacuum such as this, that’s a great deal of power, and with it, you can vacuum on all kinds of surfaces, effortlessly.

At the end of the day, the Eufy RoboVac 25C is an affordable, efficient, powerful, and convenient robot vacuum that works tremendously well. It’s a great robot vacuum for someone that’s never owned one before, and it works wonders on any home, regardless of how dirty your home happens to be, or the kinds of surfaces that populate it.

All in all, if you want a general-use robot vacuum, then this is one of the best choices out there! 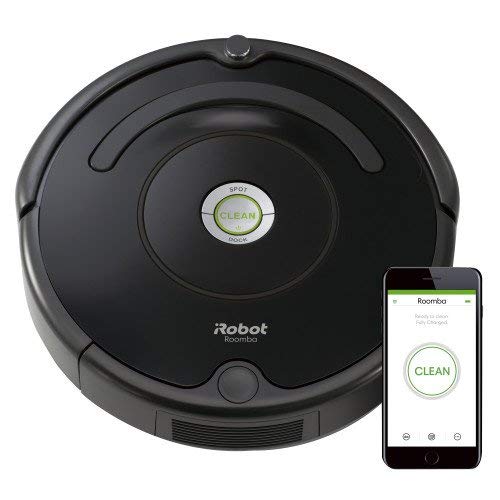