When you go through internet pages and key in water therapy, you probably will encounter so many topics which all will fall under the category of “water therapy”. This, however, can lead to much confusion because water therapy is such a general term. There, are so many terms that can be considered forms of water therapy. Unfortunately, these terminologies are mistakenly used for one another. To lessen the confusion, it would be best to discuss the differences between these types of water therapy in more detail. 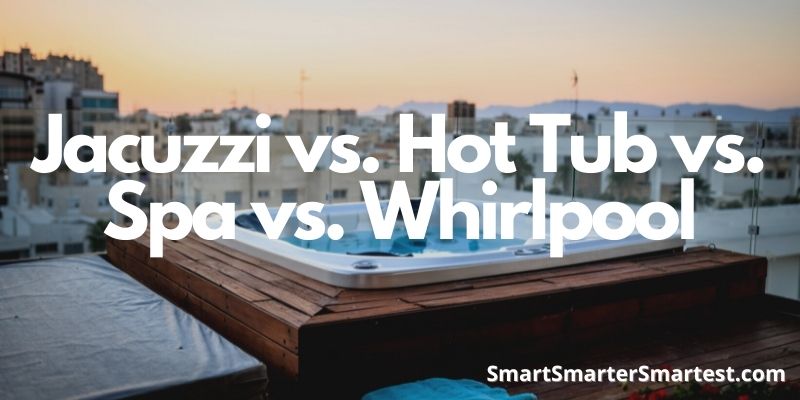 You probably have encountered the words “hot tub”, “jacuzzi” and “spa” in magazines, blogs, or even in some buildings in your neighborhood. To you, these are all probably the same thing. To further add to your already confused state of mind, there are also “whirlpools” and “jetted tubs”! Imagine all these names for what are generally known as “hot water immersion vessels”. Sounds quite threatening, doesn’t it? You can set your fear aside though as this article aims to show you the differences and similarities between all that was just mentioned.

SO WHAT’S THE DIFFERENCE?

Go through the internet or make a conversation with your friends about relaxation and unsurprisingly, the word “spa” will somehow surface. Tired? Go to a spa? Stressed out? Need a spa day. Along with the word, the spa will also come with several images. More often than not, images will contain pools of water. Some pools will probably be heated, some bubbly, and some with wonderful scents. But what exactly is a spa? Is it a room? A place? A pool?

A spa can be defined as any tub filled with water that is heated and with jetstreams. A more strict definition of a spa would be as Merriam-Webster describes, “a celebrated place in Belgium”. It is further described as “any place, especially a resort, having a mineral spring”. Keeping these definitions in mind then, do these mean that all places that call themselves spas are into false advertising?

Going back to the “spas” that you are probably more familiar with though. The “spas” that you see in the magazines are made of either fiberglass or acrylic. Though both are made from resin materials, fiberglass spas are said to be cheaper and lightweight. They are, therefore, used more in places that have upper floors. Compared to acrylic spas, however, fiberglass spas are said to be less durable. Since both acrylic and fiberglass can be easily molded, spas made from these materials are designed to have areas that are contoured for specific parts of the body, such as the head and arms.

“Hot tubs” are water immersion vessels made from wood with inner linings. They also may have “jet pumps” that can push water into the tub for that massaging effect, similar to those found in spas. However, since wood is a material that is not easily molded, hot tubs usually do not have the contoured design seen in spas.
“Whirlpools”, as the name implies, are tubs that have water swirling in a circular motion – although most tubs will have this kind of swirly water. People often use the word “jacuzzi” when about spas, hot tubs, or whirlpools. What you probably don’t know however is that the word “jacuzzi” does not pertain to any type of water immersion vessel. “Jacuzzi” is a company that produces whirlpool tubs.

To lessen a bit of the confusion, you can use the term “hot tub spas” to refer to any of the three – spas, hot tubs, and whirlpools. Think of it as the catchall term for these three.
“Jetted bathtubs”, too, are made of either acrylic or fiberglass. They may be used to replace old tubs or they can be used in new constructions. They are usually installed in bathrooms and have jet pumps installed in them. These kinds of tubs are usually filled with water for every use and drained after. The pump adds to the relaxing and therapeutic effect of the tub.

Based on an entry on Wikipedia, a spa is said to be a term related to water therapy, otherwise known as “balneotherapy”. Different kinds of water therapy may be experienced in resort spas, including natural hot springs.

Hydrotherapy has always been believed to have some kind of curative potential, even during prehistoric times. All over the world, resort spas have gained popularity, most especially in Europe and Japan. In the US, day spas are also becoming increasingly popular.

In the US, however, the word “spa” is used to describe a tub with water jets installed to them that mix air with water for a stronger massaging effect. They can be placed above the ground, as shown in the photo of the portable spa shown here. They can also be placed at floor level or placed on the outdoor deck. As part of an indoor swimming pool, these are a “pool and spa combo”.

According to Wikipedia, a hot tub is a large tub or small pool filled with heated water used for hydrotherapy or pleasure. Some variations may include jets that can provide a massaging effect. These types of tubs are also known as “spas”. They are also known by the trade name “Jacuzzi”.

This, however, is where some confusion may lie. For some, a hot tub is neither a spa nor a Jacuzzi. After all, a hot tub, by definition, is a wooden tub. In the same manner, a spa, by definition is a water vessel with water that swirls. Spas are supposed to be made of acrylic with molded seats and installed with a million jets!

Jacuzzi is the name of one of the first and foremost portable spa manufacturers. Just like the brand Xerox, the name has been used to refer to an entire category of products. Hotels and other establishments often use the phrase “in-room Jacuzzi” in their ads when, in fact, what they mean is an in-room spa most probably made by some other manufacturer.

The Jacuzzi family has been trying to keep the brand’s name to be exclusively used for their products alone to maintain their image. Hence, these establishments should call it a Jacuzzi spa if it is made by Jacuzzi. Otherwise, they should call it a spa. Just don’t call it a hot tub.

As an extra bit of info, there are the “jetted tubs”. Jetted tubs are bathtubs that are usually installed in the master bath. These usually have several jets installed around the tub. These jets are connected to small flexible pipes around the tub and then fitted to a circulation pump and often, an air blower.

Luxury models can be quite large and may at times include a heater to maintain water temperature. Just like normal bathtubs, these too are filled with water, and controls are set to fit your personal preference. Unlike a spa or hot tub though, a jetted tub has to be drained after each use. Since water is always drained in jetted tubs, spa filters and covers are no longer provided since they no longer have any use.

Here is another point of confusion. Whirlpool Bath is a trading name owned by Jacuzzi for their brand of jetted tubs. An example would be the Jacuzzi Whirlpool Bath, which is often used for the master bath. It is operated in the same manner as the jetted tub described in the above paragraph. It, too, is drained after each use.

As an adjunct to treatment, large therapy pools are also used as venues for low-impact exercises or for physical therapy which requires immersion of the body up to a cervical level while in a standing position. 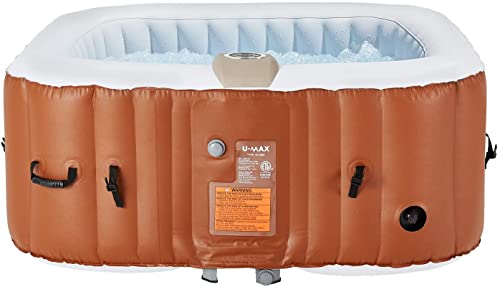