If you are on the market for a new air purifier, then you have come to the right place. By reading through this buying guide, you will learn all about the Levoit Core 300, Levoit Core P350, and Levoit Vista 200. That way, when you are finished with this guide, you will know which of these three air purifiers offers what you need!

What Does The Levoit Core 300 Offer?

The Levoit Core 300 is a simple and compact air purifier. Right away, you will notice its small size, and excellent aesthetic design. Everything about the air purifier is nice and neat, ensuring that you are able to use it with absolute ease.

Since the air purifier is small and compact, it is not designed for large spaces. Rather, it is meant for smaller spaces that don’t require the same degree of air purification power that other air purifiers offer. The total Maximum Area Coverage is 219 square-feet, as a result of this. So, if you have a small office or a large bedroom to purify, this is a fantastic air purifier to use.

In the end, if you are looking for a very affordable and effective air purifier, the Levoit Core 300 won’t disappoint!

What Does The Levoit Core P350 Offer?

When it comes to the similarities between the Core 300 and the Levoit Core P350, there are quite a few. Just as with the Core 300, this air purifier can purify spaces that are up to 219 square-feet. Because of this Maximum Area Coverage, the air purifier is great for offices and bedrooms. Within the air purifier, you will find the same basic purification mechanisms, and each one works in the same exact manner.

As mentioned, though, there is one major difference. Within the Activated Carbon Filter, there is something known as the “AirReComposition Formula”. By making use of this formula, all of the nasty pet odors that flow into the Activated Carbon Filter are broken down, chemically. This is done without creating any second-hand pollution, ensuring that your air is as clean as it can be!

If you are looking for an air purifier that offers everything that the Core 300, but with greater odor removal capabilities, then the Levoit Core P350 is a wonderful purchase!

What Does The Levoit Vista 200 Offer?

The Levoit Vista 200 is the most inexpensive air purifier in this guide. If you take a look at the device, you will notice that it’s smaller than the two previous air purifiers, and that the aesthetic design isn’t quite as refined. But, other than that, the air purifier looks great and is ideal for smaller spaces and areas.

You can use the air purifier in spaces that are no more than 161 square-feet. If you have a bedroom or small office that needs to be purified, then this is a fantastic air purifier to use. 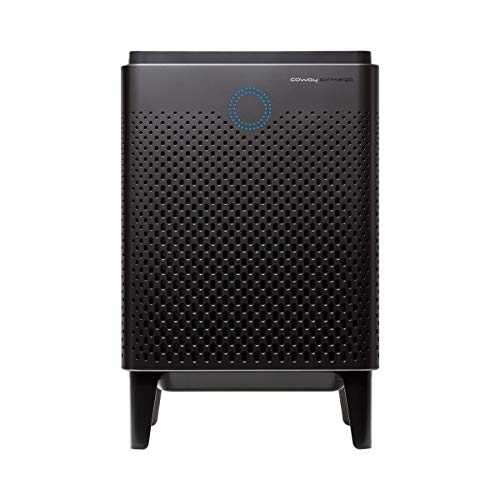