In this buying guide, we are going to be looking at five different high-end watch brands. By the time you’re finished this guide, you will know all about Rolex, Breitling, Tag Heuer, Omega, and Patek Philippe. That way, you’ll know which high-end watch brand is the right one for you. 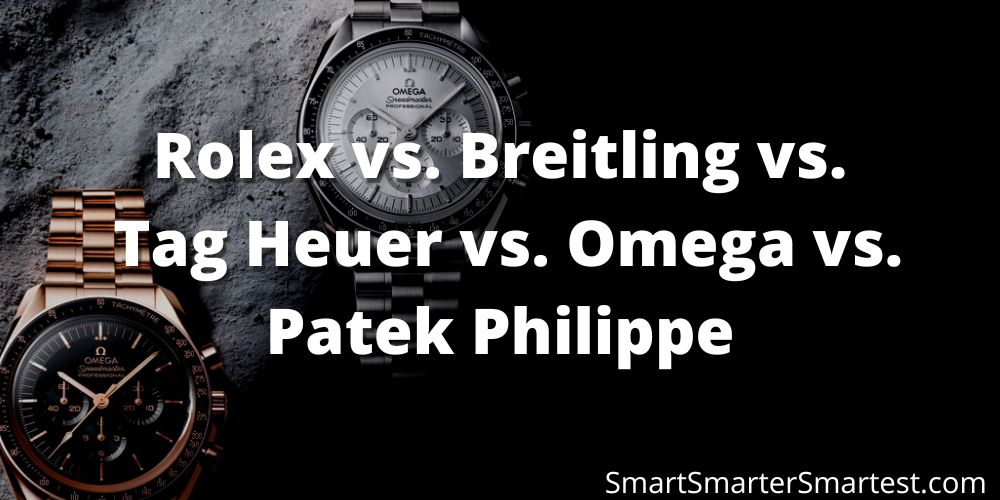 Rolex is a Swiss watch manufacturer. It was founded in 1905, by Hans Wilsdorf and Alfred Davis, in London. But, right after World War 1, Rolex was moved to Switzerland. Throughout the years, the watches Rolex manufactures have received a variety of accolades and awards, due to their innovations.

In 1910, for example, Rolex was the first watchmaker to receive a chronometer certificate. Then, sixteen years later, they invented one of the first waterproof consumer wristwatches.

Since Rolex was first founded, it has become well-known for the high-quality materials and components that comprise its wristwatches.

Since there are several-hundred components within a single Rolex watch, this process takes quite some time, but it ensures that the watch will last for many, many years. Plus, this long process ensures that the movement of each component is as exact as it can be. That way, there are no inaccuracies when it comes to the time that is being told.

Right now, Rolex has a plethora of different watches on the market. Every single watch that Rolex sells possesses the same level of quality that Rolex is, as a whole, known for.

One of the most famous watches Rolex offers is the Rolex Day-Date. The Rolex Day-Date was introduced in 1956. In that year, it was incredibly unique, because it was the only watch to display the day and date of the week completely spelled out. No other watch, at that time did that.

Founded in 1884, by Leon Breitling, Breitling is a Swiss watchmaker that has been around for nearly one-and-a-half-centuries. For thirty years, Leon Breitling ran Breitling. But, due to his passing in 1914, he left the company to his son, Gaston Breitling.

While Breitling is involved in selling luxury watches to consumers, much of its business has, in the past, come from selling watches to aviators and divers. With the advent of specialized aviation technologies, though, the practical aspects of Breitling’s watches have become less valuable.

Regardless of that, though, Breitling still remains a very popular luxury watch manufacturer. Much of this popularity comes from the fact that not only are Breitling’s watches exceptionally well-designed, but they also offer features that few other watches offer.

Most Breitling watches consist of a few distinct traits. Traits such as a large watch face, a polished case, and bracelet, as well as a mechanical automatic winding mechanism. Depending on the Breitling watch that you purchase, there might be a slide rule within the watch mechanisms. The purpose of this slide rule is to give pilots the ability to perform complicated flight plan calculations, without the aid of large and cumbersome equipment.

While Breitling has manufactured a wide variety of different watches, throughout the years, the Breitling Navitimer remains one of its most famous. Much of this fame comes from the fact that this watch includes a slide rule that is built into the watch’s mechanisms, which is something that very few other watches offer. But, along with that, the watch is exceptionally durable and made with a tremendous amount of precision.

In the year 1860, Edouard Heuer founded Tag Heuer in St-Imier, Switzerland. Initially, it was known as Uhrenmanufaktur Heuer AG. But, in 1985, the TAG Group bought much of the company, which lead to its name being changed to “Tag Heuer”.

Most Tag Heuer watches look very similar. There aren’t too many noticeable differences between different Tag Heuer watches, and that’s because there are “six features” that every Tag Heuer watch possesses, in one way or another. Each one of these six features is designed to create a watch that will provide a tremendous amount of practical value, while also looking nice and lasting for a long time.

As for the six features in question, they are as follows; being water resistant up to 200M, possessing a screw-in crown, having a double safety clasp, the watch window is made of sapphire crystal, having a unidirectional bezel, as well as luminous marking within the watch. Each one of these features creates a distinct aesthetic style, while also ensuring that the watch is incredibly durable and worth the price.

The Tag Heuer Swiss Quartz Watch is widely considered to be one of the best watches Tag Heuer offers. With its stainless steel casing and bracelet, it offers a level of durability that very few watches – outside of luxury brands – can match. Plus, the blue-toned dial and silver markers create a unique style.

For a more affordable Tag Heuer watch, there’s the Tag Heuer Formula 1 Watch. With a sapphire window and stainless steel casing, it’s exceptionally durable. But, more than that, its usage of black and silver coloring creates a sense of cool that is true to its name.

Founded by a man named Louis Brandt in 1848, Omega has been manufacturing watches for many years. Much of what they are known for is their durability and exact time-keeping, but the aesthetic qualities that Omega watches offer are all excellent.

In the year 1917, the British Royal Flying Corps chose Omega watches as their official time-keeping devices. Right after that, in 1918, the U.S. Army did the exact same thing. Since 1932, Omega watches have been used to keep time during the Olympics. Much later, NASA chose Omega watches for their astronauts and an Omega watch became the first watch on the moon.

Throughout the years, Omega watches have been selected for a wide variety of different exploratory missions and events. The reason for this goes beyond the durability and aesthetics of the watches that they manufacture and has far more to do with the extraordinary time-keeping capabilities that they offer. These time-keeping capabilities come from the fantastic components and mechanisms that are found within every Omega watch – the Coaxial escapement, for one, which reduces the amount of friction that’s necessary.

Most Omega watches are noted for their precise time-keeping capabilities, durability, and clean aesthetic. While the surface of an Omega watch is often rather elaborate, with various figures located all across, there is a sense of precision and order that defines each one of their watches.

Today, the most famous watch that Omega manufactures is the Speedmaster. There are many different Speedmaster models that you can purchase, but each one consists of highly-durable components and mechanisms that allow for precise time-keeping. In fact, when Buzz Aldrin stepped onto the moon in 1969, he was wearing an Omega Speedmaster watch. Since then, while their aesthetics have changed ever-so-slightly, the durability and time-keeping capabilities that they offered then have not.

Throughout the years after its founding, in 1839, Patek Philippe has grown to become one of the most well-respected watch manufacturers in the world. People such as Pablo Picasso, Nelson Mandela, Marie Curie, Albert Einstein, and John F. Kennedy – among many others – have all been known to wear a Patek Philippe watch at one point or another.

Every single component in a Patek Philippe watch is manufactured by hand. The attention to detail that defines their watches is one of their most notable characteristics. That, and the simplicity of each watch’s aesthetic as well as the strength and durability that they possess.

Many people consider the 5711 Nautilus to be Patek Philippe’s best watch. The aesthetic it possesses is beautifully simple, and its durability allows for extraordinary longevity. But, the real prize is the steel that it’s made of, which is some of the best in the world. It is so good, in fact, that to purchase this watch you must get on a waiting list, due to the time it takes to manufacture just one of these watches. 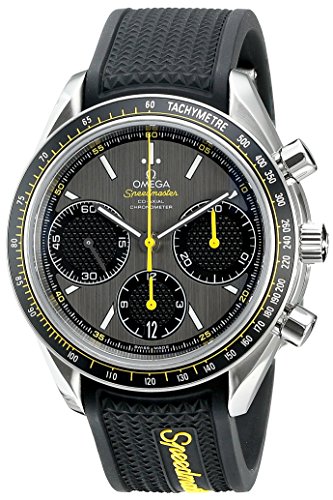