Over the years, a wide variety of different advancements have taken place, when it comes to air purifiers and the technologies that they use. In the past, air purifiers were rather simple and basic devices that did exactly what they are supposed to do – remove germs and bacteria from your air – and nothing more. And, they did this in a way that is now considered inefficient.

As the technology has developed, the ways in which air is purified, and the contaminants from that air are removed, has changed quite a bit. Along with that, the different features and attributes that are commonly found in air purifiers have changed, as well.

Today, we’re going to be taking an in-depth look at the Winix QS Stage Tower Air Purifier. Now, this is a fantastic air purifier, and one of the best air purifiers that Winix has produced. However, it is also an air purifier that is, in many ways, indicative of the different shifts in the way we make air purifiers, and how we use and think about them.

In this buying guide, you’re going to learn all about the unique features and attributes that the Winix QS Stage Tower Air Purifier offers, and by the time you are done reading this guide, you will know whether or not it is the right air purifier for you.


What Does The Winix QS Stage Tower Air Purifier Offer?

One of the unique features that this air purifier possesses – and we’re going to talk about this feature, before diving into the other qualities that the air purifier possesses – is the fact that it has two speakers built into it. These speakers come from JBL, a reputable American company that manufactures speakers. Using a Bluetooth 4.0 connection and your smartphone or tablet, you can use this air purifier as a speaker system, which is a very nice feature.

On the top of the air purifier, there is an indicator that tells you what the quality of your air is, at any given time.

The air purification process consists of four individual filtration stages. In the first stage, the air passes through a Fine Mesh Pre-Filter, and this Pre-Filter is designed to remove and filter out all of the larger and more obtuse particles. Then, once the air has gone through that filtration stage, it passes through a Coated Deodorization Carbon Filter. With this filter, all of the odors and stenches that are in your air are sucked in, and then destroyed using the carbon that this filter consists of.

After that, there are two more filtration stages. The third filtration stage consists of the air passing through the Winix Genuine True HEPA Filter, which is a HEPA-filter – the term “HEPA” stands for “High-Efficiency Particulate Air” – and this filter is designed to filter out all of the really small, but nasty, particles. This particular HEPA-filter can remove particles that are as small as 0.3 microns, and 0.3 microns is four-hundred-times smaller than a single strand of hair.

Finally, the last stage in the filtration process has the air passing through PlasmaWave Technology, and this technology uses hydroxyl to eliminate the remaining bacteria, odors, gases, and other organic compounds.

If you want a good air purifier that is incredibly efficient, powerful, and useful – along with the nice addition of having very good Bluetooth speakers – then the Winix QS 4 Stage Tower Air Purifier is a fantastic choice! 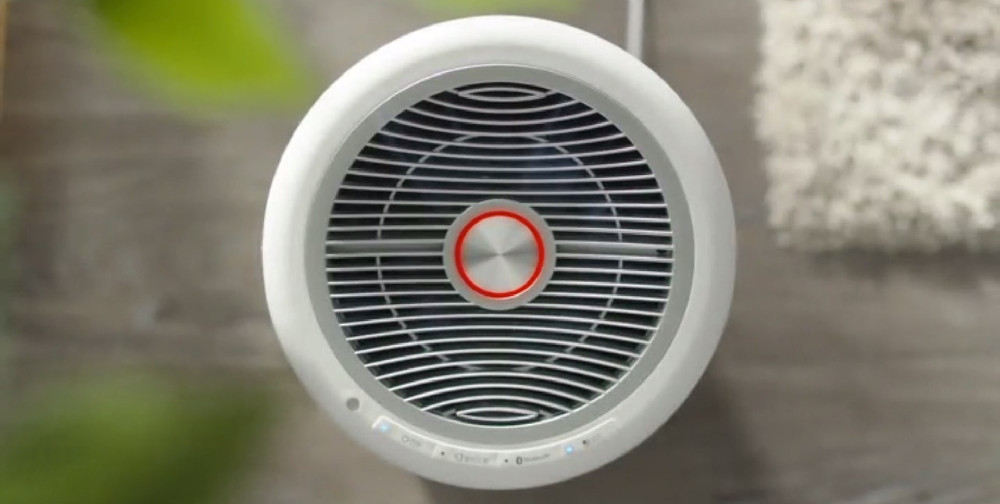