You probably have imagined yourself under the sweltering heat of summer after a long day’s work. Summers in the 100s have become more and more common in recent years and you, like many others, are slowly looking for a respite from the tiring heat. For people with homes of their own, pools are now becoming more commonplace. 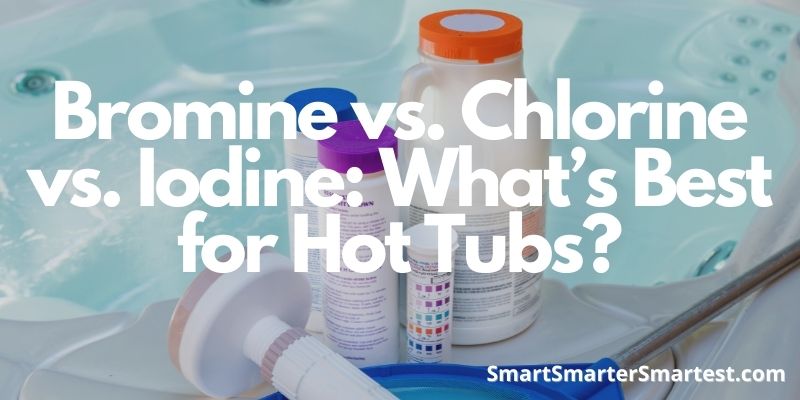 Pools, besides being areas of relaxation, can also serve as areas of socialization and they can serve as bragging points for the homeowner as well. (That includes you!)

However, there is a downside to having a pool in your home. The one thing that you have to keep in mind when planning for a pool falls under one word: MAINTENANCE. Keeping pool water clean, however, is not as complicated as you may think as there are chemicals available in the market which can keep pool water clean.

The most popular choices nowadays are either bromine or chlorine. To help you decide which among the two is better involves further discussion.

Before you start deciding on what to use for your pool, the first thing you’ll need to know is what it means to “shock a pool”.

Shocking a pool simply means that you elevate the concentration of active chemicals in your pool in order to lessen the level of concentration of byproducts released by the interaction between the contaminants and the pool chemicals.

Shocking the pool is also done to make sure that the level of concentration of the active chemicals is enough to actually eliminate these contaminants for extended periods of time while keeping the chemicals stable and at safe levels. There different ways to shock a pool depending on the type of chemical used.

Two things which you have to understand about maintaining the cleanliness of pool water are oxidation and sanitation. One is a chemical process while the other is the state in which you’d like your pool to be. Sanitation simply means keeping your pool water pristinely clean, free from bacteria, viruses, fungae and algae that may cause health problems and ultimately lead to lessened bragging rights. After all, who would want to swim in a pool that’s murky and filthy?

Oxidation, on the other hand, is the process which chemicals undergo in order to eliminate inorganic (“non-living”) contaminants, such as sweat and urine (Yes! Urine!) from the pool and to certain extent, microorganisms as well.

In chemistry, these are known as “redox reactions”, which involve the loss and gain of negatively charged particles known as electrons. To put things in simpler terms, however, oxidation involves the use of an oxidant to react with the contaminants to trigger a chemical reaction which will lead to the elimination of the contaminant.

Although chlorine and bromine are both oxidizers and sanitizers, the methods in which they achieve oxidation and sanitation, however, are quite different.

Since both will undergo chemical reactions, both are expected to produce byproducts as well. Both will have their advantages and disadvantages depending on how and where they are used since their chemical properties are affected by several factors such as temperature and pH or acidity.

Keep in mind that although they belong to the same family of chemicals, their structures are still quite different. There will be many factors, therefore, that will affect their effectivity.

When added to water, chlorine breaks into components which release free chlorine, which is chlorine in its active form. Free chlorine is what is needed to interact with the different contaminants to effectively destroy them. As perfect as this may seem though, there is a downside to the use of chlorine. Remember how all of these things involve chemical reactions? Chemical reactions amongst compounds, more often than not, form byproducts.

You probably have had the experience of entering a pool which had this weird smell that didn’t seem quite right. This, most probably, was caused by an increase in chloramine levels in the pool.

In order to prevent the accumulation of chloramines, it is highly recommended that chlorine be added to your pool on a regular basis , preferably every other day. This helps maintain the effectivity of chlorine as a sanitizer in your pool by keeping free and active chlorine within acceptable levels. If levels of chloramine become unmanageable, large amounts of chlorine are added to the pool to correct the situation.

This method is known as “superchlorination”, which is one way of shocking your pool. Again, you should always keep in mind that it is not only about having your pool chlorinated. Your aim is to always keep free and active chlorine at proper concentrations.

Superchlorinating your pool though has a disadvantage. Remember that all chemicals have recommended levels of concentration? A disadvantage of this method is that the pool has to be closed for a day before it can be deemed safe for use. You’d have to wait for chlorine levels to go down before you can actually enter your pool again.

Chlorine is also known to be quite unstable when exposed to heat. It is because of this property that chlorine is not so popular for use in spas since water in spas are usually heated. In outdoor pools, chlorine levels should be regularly monitored especially during long exposures to sunlight.

Bromine is an effective sanitizer with weak oxidizing properties as well. In fact, it is an even weaker oxidant than chlorine.

Bromine, like chlorine, also forms byproducts. These are known as bromamines. However, unlike chloramines, bromamines are not as noxious as their chloramine counterparts. This is important, especially in indoor settings such as spas, where foul odors can be easily noticeable.

In case of accumulation of bromamines, shocking is also done in order to decrease bromamine levels. The method for shocking in the case bromine is different as there are certain chemicals which are used for pool shocking with bromamine.

Just as in the case of chloramines, increased bromamine levels can lead to a decrease in the effectivity of bromine as a sanitizer so it is important that bromamine levels be kept low at all times.

HOW MUCH OF THESE CHEMICALS SHOULD BE USED?

Chlorine and bromine undergo chemical reactions based on their atomic makeup. How they are applied and the conditions in which they are placed can greatly affect how they react to contaminants. Certain conditions can also affect the stability of the compound.

As what was previously mentioned, heat and acidity can greatly affect the effectivity of these chemicals as sanitizers and oxidants. Keeping all these in mind, you now begin to ask just how much of either is needed in order to maintain a pool or a spa.

In general, bromine is said to be more stable than chlorine since the former is not as easily affected by external conditions, such as temperature and pH, as compared to the latter. Because of this, lesser amounts of bromine are needed as compared to chlorine.

As a general rule, it is always safer to use the upper limit when it comes to concentration to make sure that the compound being used is at its most effective. However, it is still important to read manufacturer’s instructions and to follow their recommendations.

Different manufacturers have different formulations despite the use of the same compound. Their recommendations are based on the formulations which they have concocted. So if you really want to maximize the effectivity of the pool chemical that you just bought, follow the instructions regardless of what chemical you choose to use.

You may seem to take note that a higher concentration of bromine is needed for water maintenance as compared to chlorine. It is important to note, however, that chlorine is added to water in between shortti time intervals as compared to bromine.

Again, chlorine is not as chemically stable as bromine. In the end, the frequency at which chlorine is used negates the advantage of chlorine being used in fewer amounts. Eventually, everything is made even in terms of frequency of use and the amount of pool chemical needed.

WHAT ABOUT THE COSTS?

If you were to use bromine as an oxidizing/sterilizing agent, the total cost for a 20,000-gallon pool would be around $1000 per year for the chemicals alone. On top of this, you would have to use a bromine feeder. The ones available in the market ranging from around $150 to $400.

CAN YOU USE POOL CHEMICALS IN A HOT TUB?

The answer to this question is NO. Although pool chemicals seem to be cheaper than the ones that can be used for hot tubs, the formulations are designed to meet certain conditions. Consider the fact that hot tubs will have a higher concentration of contaminants due to its smaller area.

One more thing to consider in hot tubs is that hot tubs, as their name implies, usually have water which is higher in temperature. As was previously mentioned, water temperature can greatly affect the stability of chemicals used for oxidation and sanitation. Hence, it would be better to use chemicals formulated for their specific purpose whether it be a pool or hot tub.

IS IT SAFE TO GET IN A HOT TUB WITH HIGH PA LEVELS?

One thing you’ll notice if you frequent a pool is that your skin tends to dry more easily. This is because of the pool chemicals that are used. This is despite the fact that concentration is maintained at safe levels before one is even allowed to enter a pool.

At high concentrations, too much chlorine can cause many health problems ranging from skin irritation, eye irritation to respiratory problems such as asthma.

Safe concentrations of chlorine are placed at 3-5 ppm. Anything about this is considered dangerous for an individual. If levels of concentration are increased, it would be wise to wait until chlorine levels decrease. Another option would be to dilute the chlorine by adding more water to the pool. 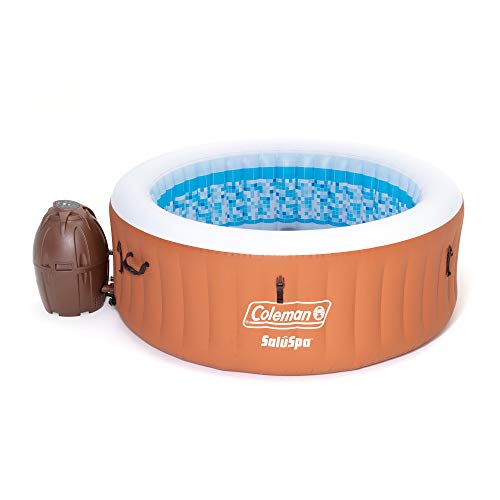