LEVOIT LV-PUR131 vs. LV-PUR131S: Does the Smart Functionality Work? 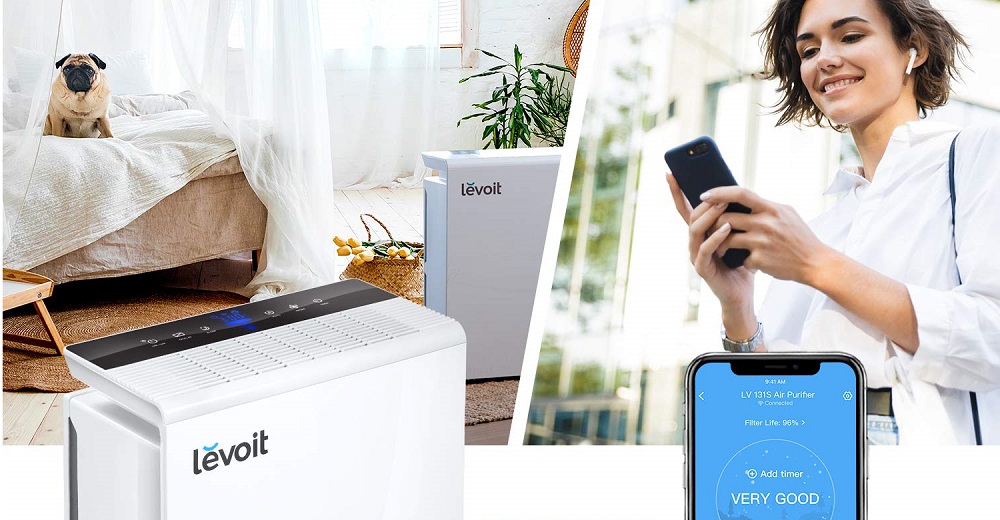 Both of these air purifiers come directly from Levoit, and they both have some very interesting and unique features, that have to do with something known as “Smart Functionality”. So, what is Smart Functionality?

Well, Smart Functionality refers to the fact that these two Air Purifiers are quite special, because they can make decisions on their own, while also giving you access to the features and settings that they offer, through the use of your smartphone. Using the sensors that these air purifiers are equipped with, they can detect the individual particles in your air, which allows them to detect just how dirty, or clean, your air is, and then from that, they will adjust themselves to accommodate the air quality in your home.

Now, before we dive into the Smart Functionality of the LEVOIT LV-PUR131, let’s talk about some of the basic features that this air purifier offers.

One of the first things that you will notice is that this Air Purifier has a simple and concise design that emphasizes simplicity and clarity, above all else. Due to the usage of white as its primary color, you can put this air purifier just about anywhere, and it will look good. It may not be the most aesthetically pleasing air purifier on the market, but it still looks pretty good.

Due to the relatively small size, the Maximum Area Coverage – or “MAC”, for short – of this air purifier is 322 square feet. That’s not a lot of space, but for a small living room, or a bedroom, or even a small studio apartment, you won’t have any problems covering that particular spatial area, and things should work just fine. For larger spaces, it might work, but it won’t be able to purify every part of that space very well, which might make things a little more tricky.

The first filtration mechanism is that of a Pre-Filter. With the Pre-Filter, all of the larger and more intrusive particles flow into this filter, and then they are removed and separated from all of the other particles. Larger particles can disrupt the flow of the other filters, so this is a very useful filter to have.

The second filtration mechanism is a True-HEPA filter. Now, the word “HEPA” stands for “High-Efficiency Particulate Air”. Essentially, this filter is designed to get rid of all of the really small particles. Particles such as germs and allergens that, while small, are incredibly pernicious.

With the Smart Functionality, you have access to a couple of really interesting features. However, the main feature is that of the air purifier using its sensors to detect the individual particles that are in your air. And then, from this information, the air purifier can detect what the ideal settings for the air purifier would be, and then make those adjustments on its own. That way, you don’t have to be there to make those alterations physically.

Ultimately, the Smart Functionality of this air purifier isn’t particularly extensive. For most people, however, it doesn’t need to be. Instead, it only needs to work well enough and to provide a simple and easy experience that allows you to simply turn the air purifier on, and then to let it run.

You have “Auto Mode”, which is something the LV-PUR131 offers, as well, and this mode involves using the sensors to detect the individual particles in the space that the air purifier is in so that it can make the proper adjustments to clean the air properly.

The big Smart Functionality addition is the use of the VeSync app, and this app allows you to connect your smartphone to the LEVOIT LV-PUR131S, through Wi-Fi, and then to adjust the fan speeds, activate the LED display, or turn it off, as well as having the ability to turn the air purifier on or off, as well. You can also create custom schedules for the air purifier, and tell it how to run, by adjusting the purification mode it’s using, through those custom schedules.

Ultimately, for a more elaborate Smart Functionality experience, the LEVOIT LV-PUR131S is the better choice.

Both of these air purifiers are great. And they both offer some very nice features, in the way of Smart Functionality. For something a bit more elaborate in its Smart capabilities, you should probably go with the LEVOIT LV-PUR131S. If you want something a little cheaper, but just as good, then the LEVOIT LV-PUR131 is a fantastic choice and provides a convenient and nearly effortless experience, but it does lack the smartphone connectivity that the LEVOIT LV-PUR131S offers.