In this buying guide, we’re going to be looking at the Amazon Echo, the Echo Dot, the Echo Show, the Echo Spot, and the Echo Plus. You’ll learn all about the unique features of these five devices, and what they offer!

What Does The Amazon Echo Offer?

The Amazon Echo is a very nice device that is simple and sleek. It relies entirely on voice commands, and when you use these voice commands, you activate something known as “Alexa”.

Alexa is a type of Artificial Intelligence that, when you speak to it, connects you to all kinds of different things. If you want to listen to music, you can just tell the Echo that, and then Alexa will bring up the song you want to listen to. The same goes for podcasts, as well as things like questions about the weather, and a variety of other things.

You can also use the Amazon Echo to play games. Games that are voice controlled, such as Jeopardy and Trivial Pursuit. Amazon has spent a lot of time developing a strong app store for the Amazon Echo, and you can use the Echo to play games of all sorts, as well as having access to other applications that are designed to make your life easier, such as apps for planning out your day.

What Does The Echo Dot Offer?

You see, the Echo Dot is designed to be a speaker. A powerful speaker that plays back audio in a clear and crisp manner, allowing you to listen to your favorite music the way it is meant to be listened to.

However, since this is part of the “Echo” product line, it includes Alexa. Using Alexa, you can use your voice to turn on your favorite songs, radio programs – since there are radio apps for this device – as well as podcasts and audiobooks. And, you can also use all of the other apps that are found on the Echo app store, for the Amazon Echo.

The only difference between the Amazon Echo and the Echo Dot is that it’s smaller and doesn’t produce that much sound, but at the same time, the sound from the Echo Dot is a bit clearer, and of better quality.

If you don’t need a louder device, and you want good audio quality, the Echo Dot is a great choice.

What Does The Echo Show Offer?

Using the Echo Show, you have a relatively large screen – ten-inches – that you can use to watch movies and TV shows on. And, on this screen, you can also go online and look at web pages and use different apps and listen to music.

In fact, Amazon has spent a lot of time emphasizing the fact that the Echo Show is very useful for people who are cooking, because Alexa can read off recipes to you, as you are cooking, as well as helping you set timers and, in general, make the process of cooking a lot easier and a lot more efficient.

If you want a tablet that is designed to make life easier, then the Echo Show is a really good choice, because you have access to Alexa and the other great features that the Echo offers.

What Does The Echo Spot Offer?

The Echo Spot is a small device. It has a screen, just like the Echo Show, but it isn’t designed to be used as a tablet, or as an entertainment system.

Instead, the Echo Spot is designed to be used as an alarm clock. It is the same size as an alarm clock, and it has many features oriented around helping you wake up in the best manner possible. But, you can also use the Echo Spot to watch TV series and movies, to make video calls, and you have access to Alexa and all of the apps that Alexa brings to the table. So, if you want to use this device as a tablet, you definitely can, but due to the size of the screen, you probably won’t want to.

You can, however, connect the Echo Spot to the other Echo devices that you have in your home, as well as other Smart Home devices. And, using the Echo Spot, you have access to those Smart Home features, and you can access things like security cameras and thermostat controls, among other types of features.

What Does The Echo Plus Offer?

For example, with the Echo Plus, the speakers are significantly better. Along with that, you have more choices when it comes to how the Echo Plus interacts with the other devices in your home. You can connect it to your TV, and your smart light bulbs and motion sensors, among other smart devices.

Along with that, you also have access to all of the most advanced Amazon Echo apps, and the features that those apps provide. This includes apps related to time management and productivity, various games, and even apps related to meditation. 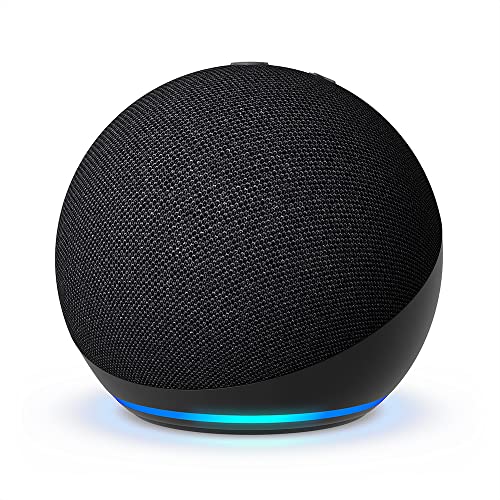