Now, these are both excellent robot vacuums, and they are also new and very advanced. The Eufy Boost IQ RoboVac 35C is actually Eufy’s newest vacuum.

Let’s start off with the titular “Boost IQ” technology. This is a technology that is quite useful, because it makes the entire vacuuming process a lot more hands-off, and more convenient, overall.

Here’s how it works.

However, when the 30C goes onto a surface such as a thick carpet or rug, it needs more suction power, because dirt, dust, and debris tends to be lodged into the folds of carpeting and rugs, and this extra suction enables the vacuum to actually suck it up. When this happens, the Boost IQ technology is used to automatically adjust the suction speed to a higher setting, to accommodate a more difficult surface. That way, you don’t have to adjust the settings yourself. Then, when it’s on a normal surface, it goes back down to the necessary speed.

As for the maximum amount of suction that you have available, you have a total of 1500Pa. This is a lot, especially for a robot vacuum, and because of this immense amount of suction, you’re able to clean most surfaces. Granted, it won’t always be easy to clean thicker surfaces, such as rugs and carpets, but it is still doable.

The cleaning system is known as a “3-Point System”, and this 3-Point System consists of three individual brushes. On the front of the vacuum, there is a large brush roll. This is the first brush, and this is the brush that is used to gather up most of the dirt, dust, and debris in your home. On the back of the 30C, there are two smaller brushes, attached to the sides. These are spinning brushes, and they’re meant for smaller pieces of debris. Both of these brushes spin and sweep up the debris, sending it into the suction pathway, allowing the 30C to vacuum it up.

Everything then flows into the dustbin, which can hold 0.6 liters. Ensuring that you can use this vacuum for most of its 100-minute runtime, without needing to empty it.

One of the unique aspects of the 30C are these things called “Boundary Strips”. Essentially, Boundary Strips are small strips that you place around the space you want the vacuum to remain in. For example, if you don’t want the 30C to go into a room, place the strip in front of the door to that room, and it sends out a signal telling the 30C not to go in there. You can also use it to force the vacuum to clean one particular space thoroughly.

Finally, the 30C has an excellent smartphone and Smart Home functionality, that enables you to access all of the features – such as scheduling, activating the vacuum, changing the cleaning mode – using either your smartphone or your Amazon Echo/Google Home device.

Every standard Eufy RoboVac feature is here. Including the Boundary Strips, which are still very new. You also have the same suction power, which is 1500Pa, and the cleaning system used is, of course, the same 3-Point Cleaning System.

So, if you want longer Boundary Strips, you’re definitely going to want to go with the Eufy Boost IQ RoboVac 35C.

When it comes to which vacuum is better, that’s a difficult question, since they are both powerful and efficient vacuums that, ultimately, work very well. You’re not going to have problems using either of these vacuums. Along with that, there are few actual differences between the two vacuums. 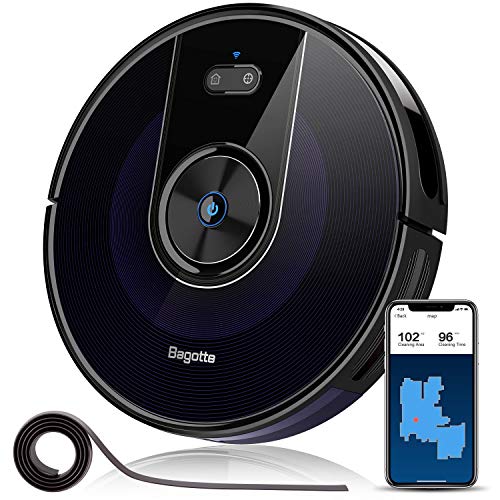